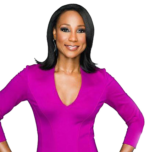 Known as “America’s Marriage Doctor,” Jacqueline Del Rosario is emphatic about the need for couples to pay attention to their relationship.

“Keep your relationship strong. Protect it from harm. Be proactive, not reactive,” Del Rosario told the Review in an interview last week.

Recognized by many as the nation’s leading advocate for healthy marriage relationships and marriage formation, Del Rosario said that a journey she went on as a result of her faith is the reason why she works in marriage education and family healing and strengthening.

“It was me hearing God telling me to change the things I need to change in the relationship. People always want to hold someone else responsible. But the truth is you change yourself, and everything else changes around you,” she said.

Del Rosario, who oversees federally funded marriage programs across South Florida, said everyone needs a mediator, and listening to the voice of God can be one step. She urges all couples to do an annual checkup.

Careers and other demands put strains on couples and their time together, but they still must “keep the main thing in their relationship as the main thing,” said the creator of the “Making Marriage Work” radio talk show, the Marriage Minutes Campaign and BestMarriageKeys.com. “Keep the things that have worked strong. Don’t let anything encroach on those things that are essential.”

Many couples struggle with marital conflict because they have lost the vision for their marriages, she noted. For newlyweds, she added, their first years together can be fraught with anxiety and tension as two people attempt to merge their individual lives into one shared union.

There are five keys to creating and maintaining a stable relationship, Del Rosario said.

As the main cornerstone of a relationship, compatibility can be defined by seven different traits that often intersect.

First is marital beliefs, which are expectations in a relationship that must be explored. Second is morals and values, which dictate “what you want and where you will go. How can two people travel together unless they agree on this? Your morals and values are central to compatibility.”

Third is family, with couples needing to discuss how they see the composition of their family and how they will raise their children. Fourth is finances, which can become a stumbling block for couples if they are not in agreement on how to address issues that arise. Fifth is sex and intimacy, with people having differences in expectations.

Sixth is disagreements, with various approaches to dealing with such challenges. “I married a man who never saw his parents argue. So he saw disagreement as confrontational and negative, which is not true. When we talk about background and history, it translates through our relationships and colors our perception and perspective,” Del Rosario said.

The last area, religion, can cause strife and struggle in a relationship, especially when children enter the picture if one person practices his or her religion and the other doesn’t or if there is a distinction between them, such as one being Baptist and the other Catholic or one being Jewish and the other Christian, for example.

“In a relationship, we’re taking two different lives and backgrounds and trying to make them one. Any time that can become more seamless through agreements on our expectations, the better it can be. … People don’t really talk about these things. When they do talk about them, they need to talk from a discovery and solution-based perspective.”

Men are trying to figure out how to be themselves, how to express their emotions, while women are prone to “putting on masks as well,” Del Rosario said. “We want to be what people like us to be, but authenticity is a freeing of self that allows you to be who you really are and also brings a consistency in the relationships. When there’s cracks and you’re not free to be yourself, there’s anguish and inner turmoil. So being loved for who you are is critical.”

Couples may need to learn to communicate properly. It doesn’t always mean a big production, Del Rosario said, but can be just “talking things out.”An example she gives is: “Listen, things are going well. I want to maximize our relationship, see things get better and stronger.”

The first few years, she said, a couple shares on a surface level. Intimacy is part of the notion of “loving somebody truly unconditionally. Intimacy, when you’re authentic, being yourself and giving your real self, shifts the relationship to a place where you’re completely accepted and completely accepting, and you’re loving things about that person that you didn’t even know before.”

People don’t stay the same, she said, and a part of intimacy is the evolution of a relationship. “Every day you become a different individual. … We have to accept that evolutionary process and understand we don’t lose anything from it. People (often) want things to be the same. But that’s improbable, unrealistic and not healthy.”

Accept that things are not always going to be ideal, Del Rosario said. People sometimes let one thing overshadow a good marriage — like a bruised thumb that hurts every time it is touched. “Acceptance is accepting the good, bad and ugly and recognizing that it is a part of life. Accept and allow the person to be who they are.”

Follow Me!
4 Ways to Tell if He’s the Best or Just a Beast